Was A Huge Success!!!

​***Classmate Claude "Butch" Chavez was inducted into the South High School Alumni Foundation Hall of Fame on Saturday, Oct. 26, 2019, in a ceremony at Pueblo Community College.  Butch, a Vietnam War vet himself, has worked tirelessly to promote the causes of our generation's war veterans.  To see pictures taken at the ceremony as well as at the South High School assembly on October 25, 2019, visit the NEWS FROM CLASSMATES page.

Early in the summer of 2019, Butchannounced that the Pueblo POW/MIA Memorial was to be recognized August 16 to 18, 2019, at a HUGE salute to American Veterans rally in Cripple Creek.  Go to the NEWS FROM CLASSMATES page for links to information about that event.

Butch's veterans' organization has a website entitled "The Pueblo Seven."  A link to it is also included on NEWS FROM CLASSMATES page.

***Two original paintings by Sheryl Hutchings were accepted into the Fine Arts Exhibit at the 2019 Colorado State Fair.  See them and access a link to her body of work as a budding artist by going to the NEWS FROM CLASSMATES page!

***Ruth Power Taravella was inducted into the South High School Hall of Fame on November 3, 2018.  See the whole story on the NEWS FROM CLASSMATES page.

***And, Ruth, Bennie Swanson, and Jim Beal were featured in the Pueblo Chieftain during the last year as part of its GENERATIONS series of feature articles!  See pictures and get linked to the stories themselves by visiting the NEWS FROM CLASSMATES page!

TO THE 2017 SOUTH HIGH COLTS FOOTBALL TEAM WHO CLAIMED A FIRST EVER COLORADO CLASS 4A STATE CHAMPIONSHIP!

​OUR CLASS HAS DONATED $500 TO OUR ALMA MATER TO PURCHASE A GIANT FRAMED TEAM PICTURE OF THE NEW STATE CHAMPS!

TO VIEW A STUDENT PRODUCED VIDEO

OF THE STATE CHAMPIONSHIP GAME, 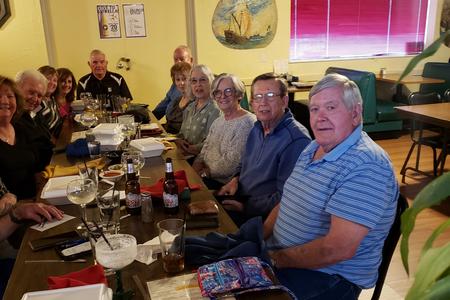 SAD NEWS ABOUT THE LOSS OF A BRAVE CLASSMATE...BUTCH CHAVEZ PASSES

After a long battle following a kidney transplant in 2020, our classmate Claude "Butch" Chavez, viewed as a Pueblo hero for his work supporting veterans, passed away on February 25.  Services for Butch were scheduled at Romero Family Funeral Home on Monday, March 14 at 10 a.m.  Following the service, there a celebration of life at the American Legion at 701 W. 9th St. in Pueblo took place.  On March 15 at 10 a.m. Butch's ashes were transported to Pikes Peak National Cemetery for inurnment.  All his friends were welcome to attend.

For more information, you can reach out to Butch's son, Willie Chavez, or his grandson, Cole Landreth, via their Facebook accounts.  To help with medical bills and other afterlife expenses, donations can be made to a Venmo account in his wife Pat's name:  Venmo@Patricia-Chavez-156 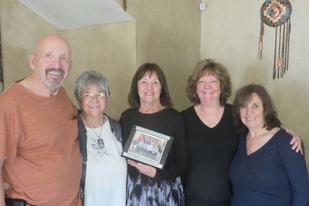 Click on the 55 Year Reunion link in the menu bar at the top of the page to see pictures.

Those of us who were willing and able gathered at Senor Manuel's in Colorado Springs on Thursday, April 21, 2022, at 5 p.m. to celebrate another year of birthdays at this time of life when every year is a gift.

RUTH TARAVELLA'S BELOVED HUSBAND JOE PASSED AWAY THE MORNING OF JAN. 2, 2021, DUE TO COMPLICATIONS FROM COVID19.  WE ARE ALL HEARTBROKEN FOR RUTH, SO PLEASE KEEP HER IN YOUR THOUGHTS AND PRAYERS. 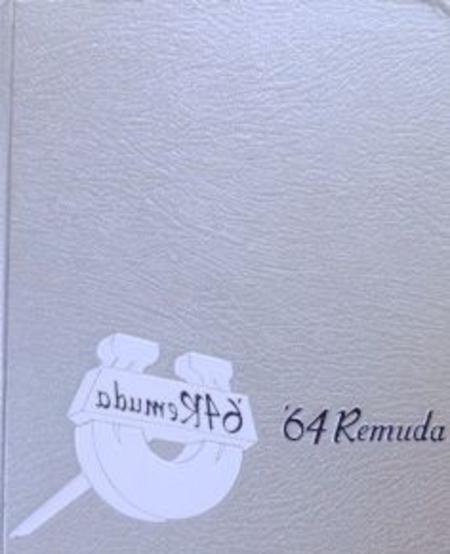 To stay informed, check out the various pages of our website.  Just click on a link in the menu bar above to visit a page and find out what's going on in the future, what's happening with fellow classmates, or just to re-live a memory! 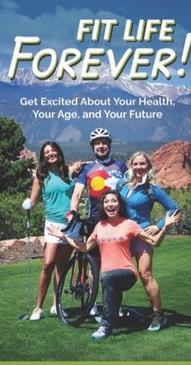 For more details about how classmate John Reinert, an avid cyclist, came to be featured on the cover of a new book by his trainer Chris Hendren, visit the NEWS FROM CLASSMATES page. John has found one of the secrets to a long healthy life in a form of exercise he truly enjoys.

On Saturday, Jan. 30, 2021, classmates Bennie Swanson, Sharon Griffin, and Bill Genovese, along with his wife Billie Jean, visited Ruth at her home to deliver a remembrance gift of a bracelet and a framed photo of committee members.  The gift was our way of letting Ruth know she will always have our support and love.  Bill had been very ill with Covid in late 2020 while he was in the hospital for another medical issue, and we almost lost him to the virus as well.  We are all so relieved that he pulled through and is looking great in this photo!

Life in the Fast Lane...

Robert (Bob) Ball, 75, of Henderson, Nev., passed away March 15, 2022, from natural causes. Bob is survived by his wife, Karen Ball of Henderson, Nev.; two children, Kelly (Ray) Boyle of Chicago, Ill., and Robb (Michelle) Ball of Orono, Minn.; and five grandchildren, Sean, Jack, Cait, Sammy and Hailey. He was preceded in death by his parents; and two sisters. Bob was born on Aug. 16, 1946, in Pueblo, Colo. He was the second child of six and attended Pueblo South High School. Bob married the love of his life, Karen, in 1964. He played basketball and received a bachelor's degree in engineering from the Colorado School of Mines in 1968. Upon graduating from CSM, he went to work for Alcan Aluminum as a Staff Engineer in Riverside, Calif. Alcan was Bob's first job out of college. He worked for the company for 33 years, making friends, taking care of people, innovating, changing, traveling the globe and steadily rising through the organization to eventually lead all of Europe, the technology world and leaving the company as a revered leader. Bob and Karen retired to a ranch on the North Fork of the Shoshone River in Cody, Wyo., (by the north entrance of Yellowstone), and eventually came to Henderson, Nev., in 2010. Bob was joyful, kind, gregarious, remarkably intelligent, curious, incredibly hard-working, wise, generous beyond reason, family-centered and tough. He was a doer, a lifelong learner, reading newspapers from all perspectives and countries on most mornings. His ideas were always interesting, extensive and uniquely Bob's. He loved to read, hang out with friends, hunt, fish, golf, drive his truck, follow the wolves in Yellowstone, hang out with his animals, watch sports, eat wings, drink beer, travel and he loved a good party. Most of all, he enjoyed spending time with Karen. Bob and Karen doted on their grandchildren. They hosted the kids for weeks at a time on the ranch and in Las Vegas, traveled to events, planned experiences, hosted vacations, rushed to support the kids and family during any crisis and never missed a family Christmas. Bob rarely met anyone he didn't like, or who didn't fall in love with him quickly. He was a son, brother, husband, father and friend to many, and literally couldn't say a bad word about anyone. He will truly be missed! Memorial service, 11 a.m. on March 21, 2022, held at the Dragon Ridge Country Club, Henderson, Nev. Join us to celebrate the life of Bob Ball, life well-lived and loved.

BE SURE TO CHECK OUT THE NEWS FROM CLASSMATES PAGE FOR EXCITING NEWS ABOUT YOUR FELLOW CLASSMATES!